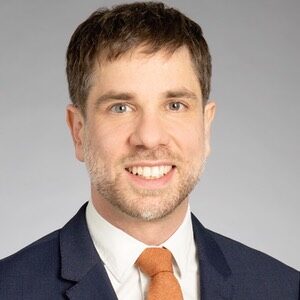 Galen Criscione concentrates his practice across multiple industries and jurisdictions with experience in Business Litigation, Employment Litigation, and Personal Injury Litigation. He is licensed and provides client representation in New York, New Jersey, Florida, Texas, Michigan, and Washington D.C. Previously, Mr. Criscione was with AIG Insurance. While working in their corporate legal department, he spent significant time handling insurance, reinsurance, risk analysis, and business-related matters. He is a frequent speaker at various forums locally and internationally.

Mr. Criscione is a recipient of the 2015-2021 Super Lawyers® Rising Stars Award and a Hofstra Law School graduate.

Mr. Criscione’s national trial and appellate practice spans across multiple states. In addition to securing victories for clients in mediations, Mr. Criscione litigates in state and federal courts, including at the appeals level. Selected Representative Matters include but are not limited to:

Representation of a Jordanian telecommunications company in a $40 Million Dollar breach of contract case related to a government bid.

Representation of several September 11 victims to the Victim Compensation Fund, allowing the clients to be compensated for illnesses stemming from the terrorist attacks of September 11, 2001.

Representation of several celebrity clients, including a Spokesperson of a global online dating platform over claims related to breach of contract and unpaid compensation.

Representation of an investor in a fraud case involving an internationally known boxer.